Money Heist series which is known as La casa de papel in Spanish is one of the best crime drama that initially premiered on 3 May 2017 on the Spanish network Antena. After that, Netflix quickly earned the liberties to the show, and likewise, Money heist gained a new worldwide audience on the Netflix platform. As per the sources Money Heist Season, 5 can might be the end of the show. But who knows what else can be found at the end of the season. Netflix has ultimately broken the long wait and offered some hints of what will happen next.

The Crime drama Directed by Alex Pina, tracks two long and preplanned theft proposed by the Professor, one on the Bank of Spain and the other was on the Royal Mint of Spain. The story is all about time jumps, motivation, and encouragement of overlooked characters, the courage to survive, and depending on flashbacks. The drama is being told from the viewpoint of the woman Tokyo, who is the unreliable narrator and a runaway robber struggling between love and war.

Filming of the series is done in Madrid, Spain and important parts of the drama of PART 4 and 3 are moreover shoot in Italy, Panama, and Thailand. The series has won many awards for its best performance such as the 46th international Emmy Awards and Best Drama Series. The sophisticated plot and intense drama, interpersonal relationships have emerged the crime series as a full range from of power pack dose for the audience. 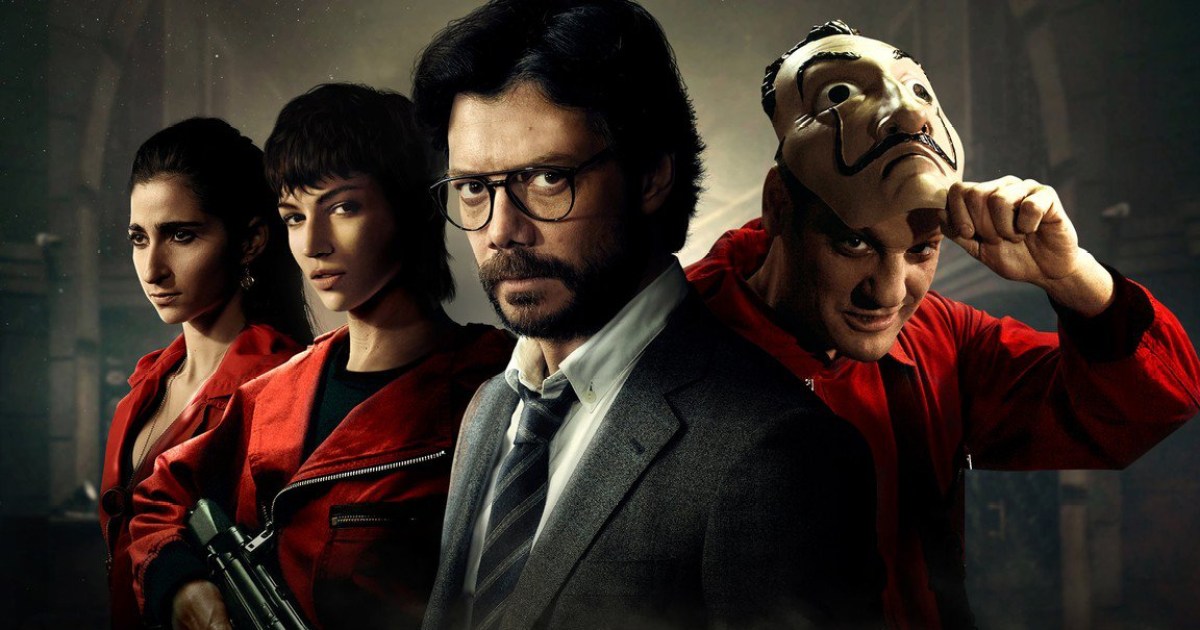 Money Heist gripped viewers with its audacious twists and turns. Now with just months to go until the final episodes will bang our T.V Screens yet again with part 1 on September 3, 2021, followed by part 2 on December 3. Netflix has confirmed that the filming has wrapped on the coming episodes in mid-May. Money Heist drama walks two distinct complicated thefts including the Royal Mint of Spain and the Bank of Spain. The main orchestrator of the thefts is the Professor and the people recruited by him.

The series has gained a lot of applause and has been praised by the critics and audiences alike, several narrating its storylines, how it going to end up, and who is going to survive till the end. Many are eagerly awaiting to see the final chapter of the show, and how it tends to wind up with the same characters. People are waiting to see the upcoming scenes with the same enthusiasm and excitement as before. Money Heist Season 5: Sneek Peek Into The Past

Season 4 revolves around an unusual group of robbers who try to carry out the most perfect robbery in Spanish history while stealing 2.4 billion euros from the Royal Mint of Spain. But somehow Rio got arrested by cops, Professor and the team gets back with a plan to rescue Rio from prison. At this point, they were fully equipped to complete this money heist task, But the plan did not seem to be easy but rather more complicated to finish it off. As the heist from the Bank of Spain includes creating more quantities of solid gold.

The heist crew simply become enemies in public eyes as well as in the eyes of the government and marked as a symbol of anti-capitalism and antagonism to the operation, which makes it difficult to work under the radar. Not everyone certainly can survive the heist but the only thing is that we can able to anticipate who makes it alive and who can survive till the end of the season and whether the stealing is done according to the plan or not is yet to be seen. It came to a thrilling end as inspector Alicia discovered the professor’s hideout. 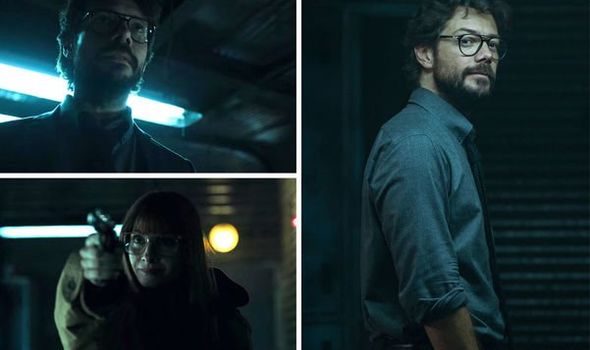 Money Heist Season 5: Who Is In The Cast

In Season 5 of the Spanish drama Money Heist, it is likely to be expected that most of the main characters of this drama will be back. The expected members consist of The Professor (Álvaro Morte), Marsella (Luka Peros), Tokyo (performed by Úrsula Corberó), Lisbon (Itziar Ituño), Bogotá (Hovik Keuchkerian), Rio (Miguel Herrán), Helsinki (Darko Peric), Denver (Jaime Lorente), Palermo (Rodrigo De la Serna) and Stockholm (Esther Acebo). 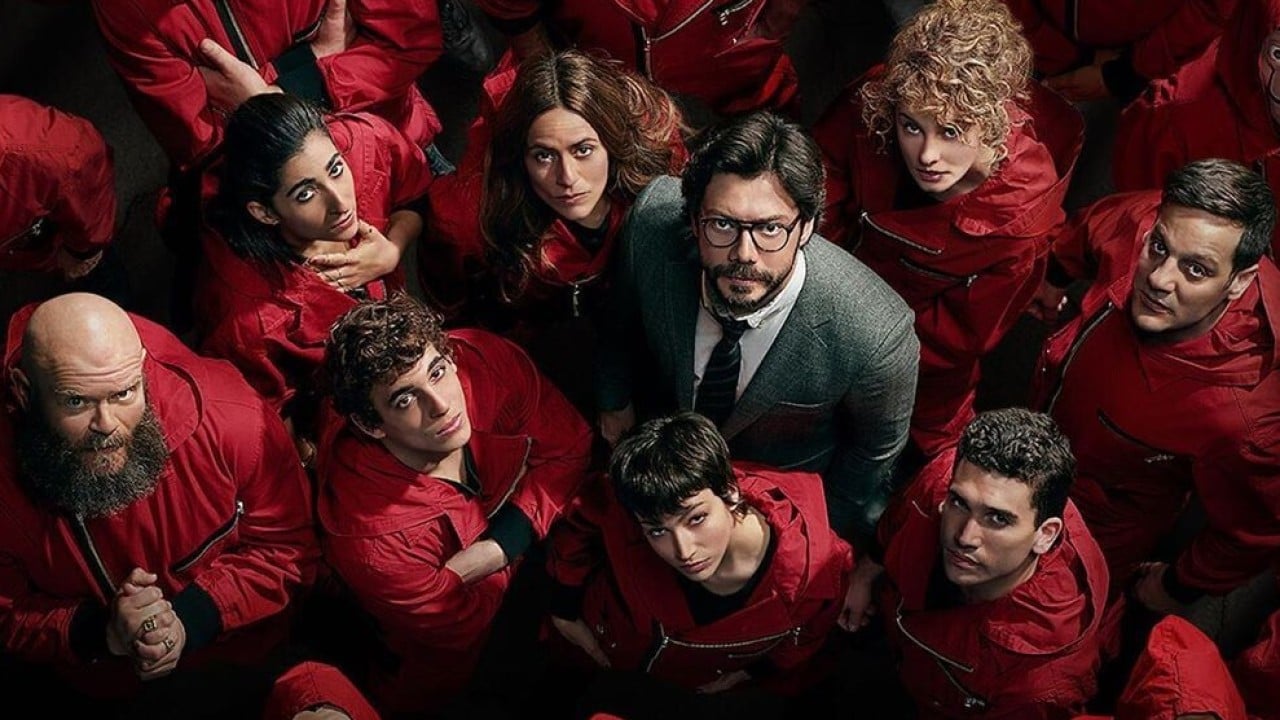 There are more members such as Manila (Belen Cuesta), Arturo (Enrique Arce), Gandia (Jose Manuel Poga), and Alicia Sierra (Najwa Nimri) who are expected to retreat our eyes with their outstanding performance once again after their roles stopped on the small cliffhangers. However, there has been no verification whether Berlin (Pedro Alonso) will again return in the new season but he might be able to do so.

The death of Nairobi (Alba Flores) in season four was heartbreaking and hence we can able to get that she is not returning in the upcoming season for sure. Many of the celebrities are already confirmed their presence in the season through their Instagram with the latest posts. Patrick Criado and Sense8 star Miguel Ángel Silvestre can be seen as new characters but it is not confirmed yet which roles they are going to get. The image released by Netflix in which Criado with Berlin together shows that he may be a member of the heist crew. 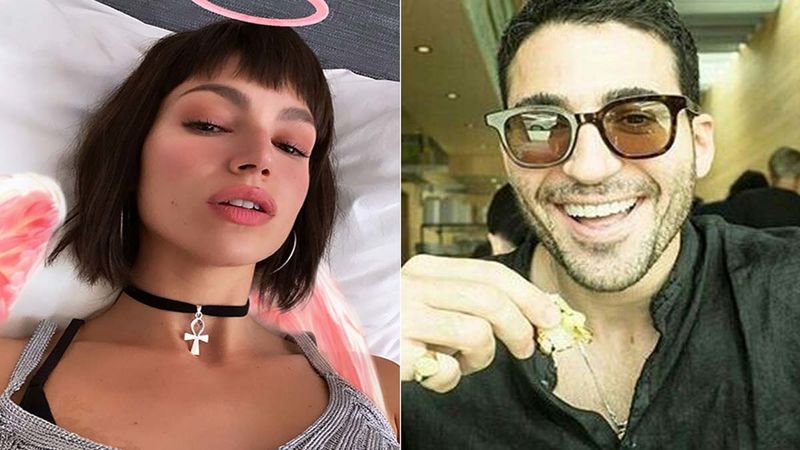 The present situation reveals that the whole gang has been locked for over 100 hours in the Bank of Spain. However, they have survived to salvage Lisbon, yet the darkest time is on them after failing to resume their one of the members. Professor has been caught by the Sierra and here for the first time in the Professor’s life, there is no plan to escape.

This moment seems to be a quiet one where nothing seems to be wrong, but the enemies we’re facing each other and a much more powerful enemy is in his way, the Army. Here the end of the greatest heist in the world is moving forward and the robbery which began as a simple mystery now will turn into a terrible war in the history of the world. Just wait and WATCH!