The television series, Altered Carbon, by Laeta Kalogridis, is based on the books written by Richard Morgan. The books are of the same name and describe a cyberpunk era in which interstellar travel is facilitated by transferring consciousness among ‘sleeves’.

Takeshi Kovacs, a former U.N Elite soldier, turns into a private eye to investigate a rich man’s demise. The books were turned into a graphic novel too, with Dynamite Comics.

So without further ado, let us get into all the information and updates we have on Altered Carbon Season 3’s scheduled release date, the potential plot, and who will be in the upcoming cast.

Curious to when the possible air date is for Altered Carbon Season 3?

Well, Altered Carbon, even if it gets renewed, would take a significant amount of time before it hits the screens. And again, with no renewal updates, comes no release date. (yet!) 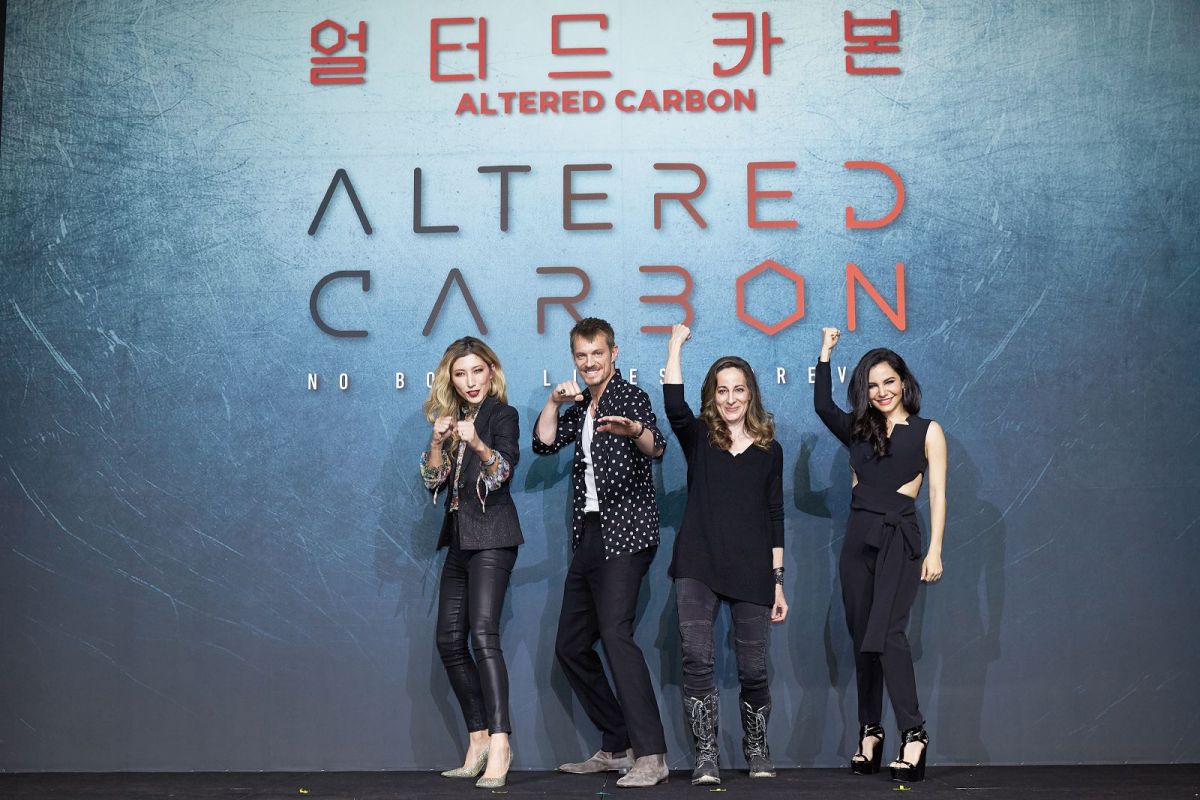 While you may all be guessing what is the potential cast going to be like for Altered Carbon Season 3, we have all the details you would want to know before you start searching online about the upcoming season because we have all the answers to it.

Takeshi Kovacs’ consciousness lives on in its digital form. Now, the ‘sleeve’ is unclear. As of right now, it looks very likely that a new actor will play Kovacs.

Mackie is likely to appear in a few flashback seasons. Yun Lee, as the other Takeshi Kovacs, Chris Conner playing Edgar Poe, Renée Elise Goldsberry making Quellcrist Falconer’s character her own, Simone Missick as Trepp, and Dina Shihabi as Dig 301 make up a deft cast list.

Takeshi Kovacs, now played by Anthony Mackie, was tasked with solving a mysterious murder. He had to find his long lost girlfriend and survive a war too.

After a series of interesting turns and Kovac’s life in danger, speculation about who shall play Kovacs next continues to drive the build-up of the next season.

Altered Carbon hasn’t been officially renewed for a third season yet, but according to reports, the renewal is imminent. The coronavirus can cause a bit of delay. It has inspired and interested fans worldwide and is quite a masterful incident of narration.