See Season 2 Release Date And Who Is In Cast? Directed by Francis Lawrence and creates by Steven Knight. The Apple TV+ series, See is a sci-fi drama series that features a futuristic world where humans have been blinded and have very little knowledge of what happened on Earth in the distant past. The series first premiered on November 1, 2019. And very shortly after, Apple ordered a second season on November 7, 2019.

Some critics were not entirely impressed with the show and felt that Steven Knight’s action-drama is strange but compelling but seems lacking at specific points and doesn’t feel worthy of its hour-long episode duration. They, however, praised Jason Momoa for his performance and thought he fit the role quite well.

Let’s see how Season 2 will fare. For more details, head down below! 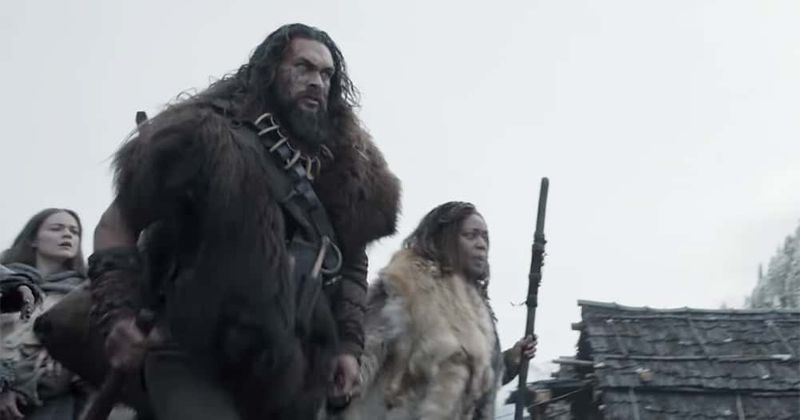 Filming for the second season was scheduled to start on February 4, 2020. And finish by July 10, 2020. However, in March, as a result of the global pandemic, Apple TV+ shut down production prematurely.

Currently, there have not been new updates on when filming would resume. Stay tuned, and we shall bring you all the latest updates!

Who is Included in the Cast for See: Season 2?

What Will See: Season 2 be About Plotwise?

In the Season 1 finale, Maghra and Queen Kane take control of the Witchfinder army and declare that Tamacti Jun had killed himself out of shame. Jerlamarel betrays his children in the House of Enlightenment and plans to send Haniwa away to a general. Baba Voss arrives and saves Kofun and blinds Jerlamarel. It is also implied that Tamacti Jun will rise again and seek revenge against Maghra and Queen Kane.

In Season 2, the central conflict will be about Baba Voss’s inevitable confrontation with Edo and his attempts to keep Haniwa safe.