We see how Apple Tv is getting its popularity. How Mythic Quest: Raven’s Banquet becomes a sensation. The increasing demand and strong fanbase in just one year. Imagine if the show has made so many numbers. Why wouldn’t the producers go along with season two?

The key to its popularity is also a trick by Apple as it follows a one-season-per-year model. This gives the show a buffering period. It is analyzing the response of Mythic Quest: Raven’s Banquet.

A season two shall be produced in 2020 and released in early 2021. The semantics of the show seems very positive. Hence Apple will most likely keep the same production schedule. Expect Mythic Quest: Raven’s Banquet season 2 to release sometime in February 2021 on Apple TV+. 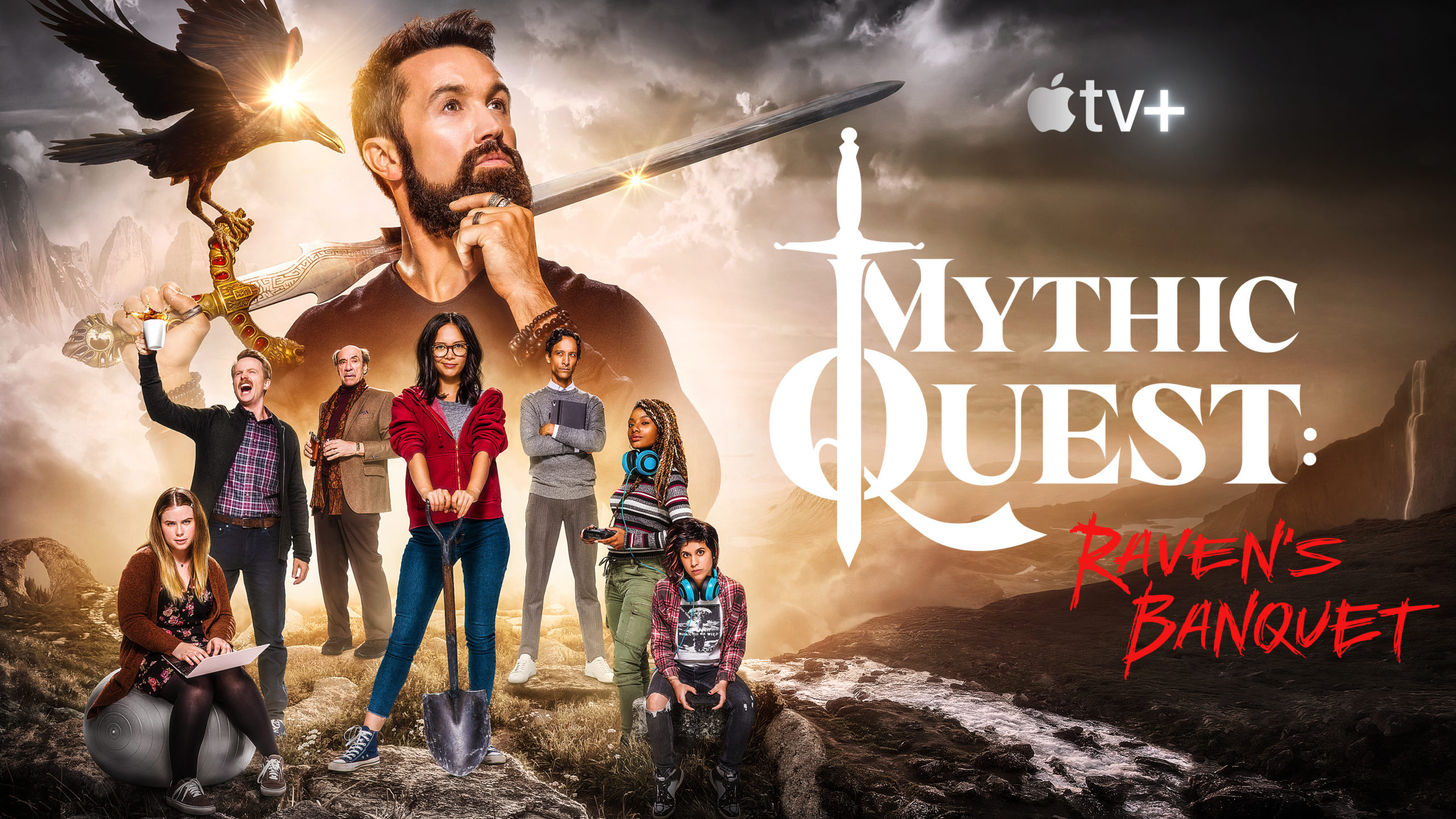 The response to the show is splendid. The storyline is gripping, and Apple Tv is backing the production. Although sources claim a comeback in 2021. We still have apprehensions that the show will be here at the right time. For now, we know the globe is facing pandemic setbacks. Many shows and movies have delayed.

This might be the case for this too. We fail to see any comment from the writers and producers on board.

So in the climax episode of season one, we see Poppy considers a new job opportunity while Ian wages an online war. He squares off against a mysterious Masked Man, who is revealed to be none other than Pootie Shoe, his son, who merely wanted some attention from his detached father.

All of this is a hefty undigestable dose of in-house drama, as Ian’s employees unionize and demand overtime pay. After conversing with corporate executives in Montreal, Ian saves the day, along with the job of producer David Brittlesbe.

We also see the introduction of Poppy as his new co-creative director as My Chemical Romance’s “Welcome to the Black Parade” plays over the final sequence.

These a few actors in the popular show; we have no official list for the new cast in season two.