Netflix is the hub of diverse content. We were so lucky to get the South African series Blood and Water on the streaming ain’t. Season one was good, and that is precisely why Netflix has agreed on the renewal.

The show has created talks all over the world and deserves a second season but nothing has been said about it. So, we just have to wait until Netflix announces its second season. The cliffhanger episode that ended season one is going to finally find the missing puzzle pieces in the construction of season two.

The series explores the life of a local teen, who uncovers her family’s secrets from the past and navigates us through the complicated high school world in South Africa. The series was a breakthrough and here are all the details you need to know about the second season.

The series follows the story sixteen-year-old Puleng Khumalo (played by Ama Qamata) as she sets out to prove whether Pankhurst College’s star swimmer Fikele Bhele (Khosi Ngema) is actually Phumelele Khumalo, her long-lost sister who was kidnapped at birth 17 years ago. The show has created massive hype in people and almost everyone is talking about the unique storyline of the show. People have very high expectations.

When is Blood and Water Season 2 releasing? 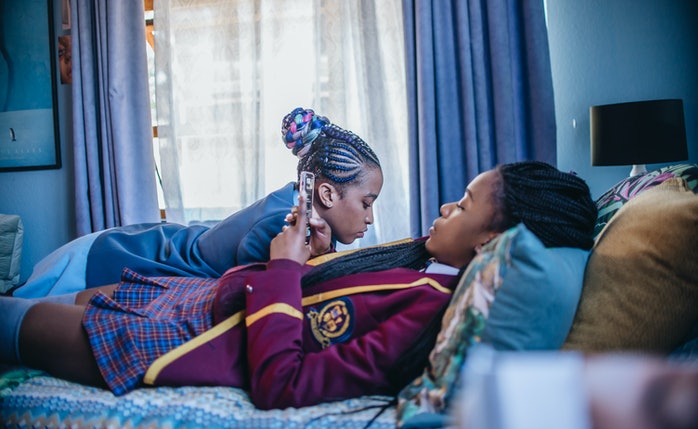 The season one of Blood and Water came out by May 2020. And we haven’t heard anything about the show being renewed neither from Netflix, not teased by any of the cast members. So right now, it’s a tough call to make but hopefully, it may get a season 2 as people loved the first one.

Currently, no official release date has been marked yet. Due to the COVID-19 pandemic delays are inevitable in the filming and production of the show. However, we are keeping our heads high with hope and faith that we get some teaser or trailer in regards to what the show’s second season has in store for us.

Who are the cast members of Blood and Water Season 2?

Showrunner and Director Nosipho Dumisa’s hard work is going to pay off once again; it seems as the amazing actors from season one are going to stick by.

Thus, we are going to see Ama Qamata reprise her role of Puleng, Khosi Ngema is going to be Fikile, Thabang Molaba will return as KB and Dillion Windvogel as Wade. We are also going to see Anro Greef as Chris, Ryle de Morny as Chad and Natasha Tahane as Wendy. Other cast members include Mekaila Mathys as Tahira, Cindy Mahlangu as Zama and Duane Williams as Mark.