Kingdom Season 3 Release Date And Who Is In Cast? A South Korean historical period thriller TV series, Kingdom is Netflix’s first original Korean series written by Kim Eun-hee and directed by Kim Seong-hun. The series is based on the book The Kingdom of the Gods, which was also written by Kim Eun-hee. After giving two successful Zombie shows, the series has become an international sensation.

Though no official news has been released from the team, fans can be confident that the series will be renewed for a third season. Because Kim Eun-hee told The Hollywood Reporter that Kingdom is a series that gives her more energy, the more she writes it. And since the cast and crew all have great chemistry, she has so much more to tell. She also added, “If viewers allow, I would love to see it develop till season 10.”

Scroll down below to know more about the casting news, storyline, and release date!

WHEN WILL IT AIR ON NETFLIX? 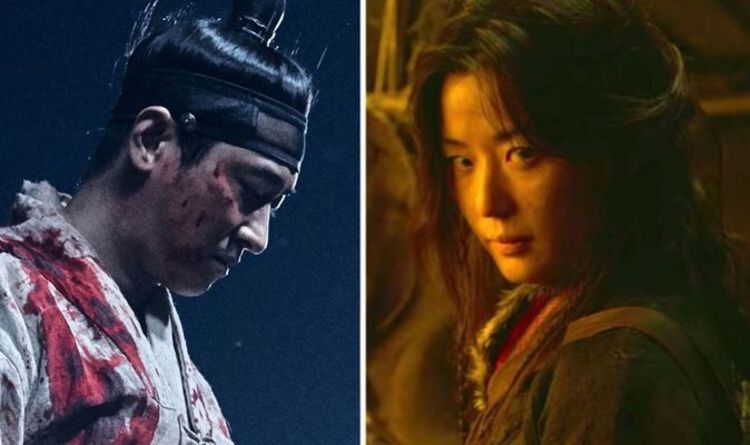 The first season we premiered in January 2019, followed by the second season in March 2020. If we go by this schedule, we can expect the third season in early 2021.

However, due to the global pandemic that has shut down almost everything, we may not see Kingdom return until late 2021 or early 2022.

KINGDOM SEASON 3 CAST: WHO WILL BE IN IT?

Sadly, some characters died off in the previous season, so we may not see them in season 3. The other cast members to return in the third season includes :

Another important casting news is that Korean star Jun Ji-Hyun will appear in the third season, though her character remains a mystery.

SEASON 3 PLOT: WHAT WILL IT BE ABOUT?

Ofcourse, season 3 will pick up from where the previous season left off. The S3 plot will undoubtedly focus on the mysterious plant seller.

And the new Prince will also definitely be the central character in season 3. In the previous season, as he’s grown older, the parasite moved up to his brain. Now, the question remains whether he’ll become a monster or some unusual creature or human zombie hybrid.