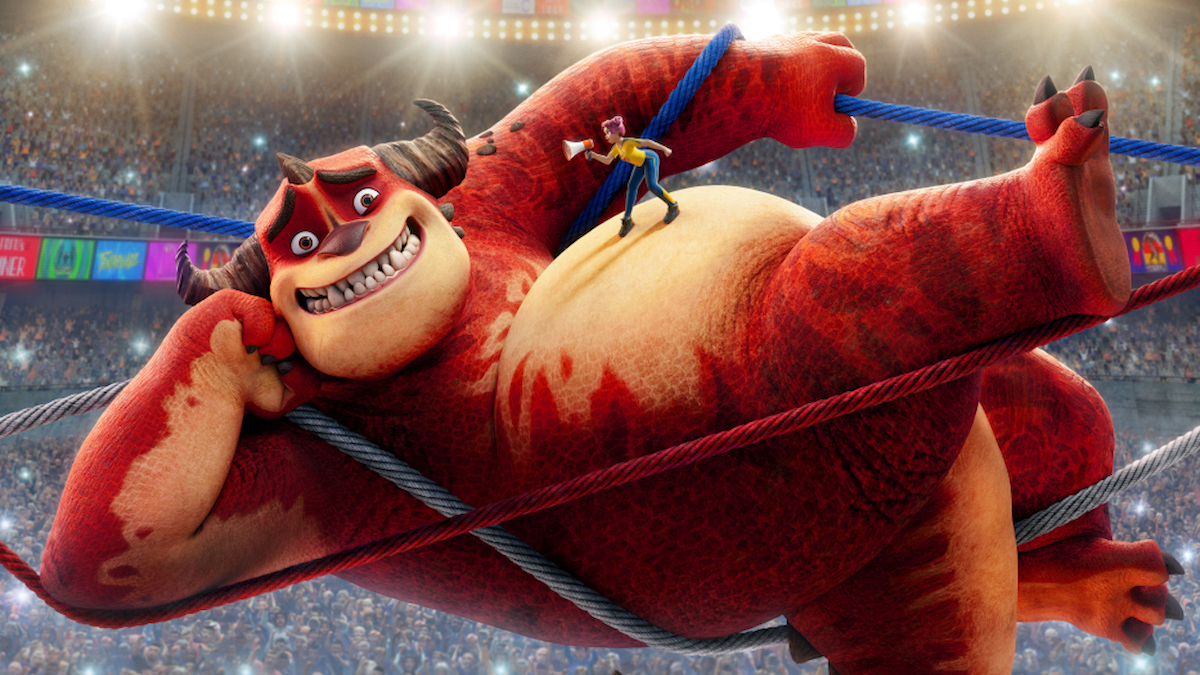 Rumble is an upcoming animated sports comedy movie with a modern twist on the humans versus monsters dynamic. The movie explores a world where monsters and humans live in unity. Only, in this movie, rather than being villains the monsters are superstar athletes and compete in a well known professional wrestling global sport- Monster Wrestling. A young woman named Winnie seeks to follow in her father’s footsteps as a manager by coaching a hard-working but inexperienced monster named Steve. Winnie wishes to turn Steve into a champion so that he can go up against the reigning champion Tentacula.

We’re all looking forward to watching this adorable and unloving movie this coming January, and we hope the coronavirus pandemic situation won’t cause another delay in the release of the movie.

As with movies like Monsters Inc., which we all LOVE, we’re expecting a staple favourite. A wholesome family-friendly movie with tons of friendships, lessons, and kid-friendly drama.

Let’s be real. When have animated monster movies ever disappointed us? Shrek, Jack and the Beanstalk, Monsters Inc. We’re expecting another classic favourite to come our way!