F is For Family Season 5 Release Date, Future Plans For The Show? Netflix’s super hit show F Is For Family might be back with season 5 while season four has just ended and we still can’t get over the painful ending of last season. Here is everything you need to know about the upcoming season from its release date to future plans of the show!

F Is For Family Season 5 Release Date: What is the release date for season 5? 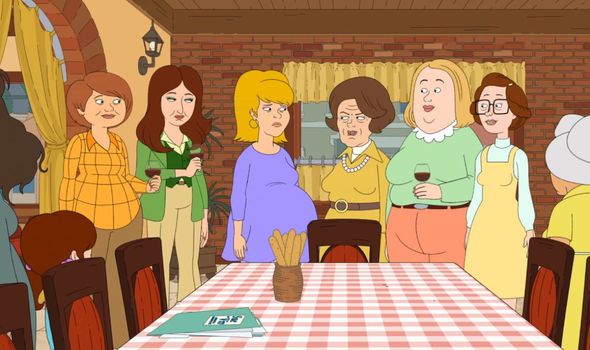 Season 4 of F Is For Family premiered on 12 June 2020. So it is too early to expect a release date. Season four had ten episodes with a run time of 30 minutes each. Netflix has not yet announced the renewal or cancellation of season 5 for the family show.

However, the finale episodes of season 4 show the potential for one more season to end up the story. So we might hope for next season. If season 5 is renewed, then it will be landing in late 2021.

F Is For Family Season 5 Cast: Who all are going to be back this time?

Bill Burr will be back to be a part of the voice cast. He will be voicing Frank Murphy, the foul-mouthed Korean war veteran. He will also lend his voice to Father Pat. Joining him will be Laura Den, she will be seen voicing the character, Sue Murphy. Sue is Frank’s wife and also a struggling businesswoman.

Justin Long will be back to lend his voice for Frank and Sue’s half-witted son Kevin. He will also voice other characters like Chuck Sawatzki and Phineas.

F Is For Family Season 5 Plot: What Are Future Plans Of The Show And What To Expect?

Season four had a heart-wrenching story. Season five will start from where season four left us. We might see the fate of Frank’s changed his father William after the stroke. The passing of his father might have a significant impact on Frank’s conscience and psyche.

Frank might live in sincere regret of always pushing his father back despite his repeated efforts to make things better between him and Frank in his last days.

We might also see the Murphy family throwing away some party for the celebration of the new addition to their family. Kevin and Alice will be seen exploring their relationship further.