Disenchantment is truly an enchantment!! The American fantasy animated sitcom Disenchantment encompasses some jaw-dropping animations, rib-tickling humour and quirky characters. The show is created by Matt Groening and streams on Netflix. The show is Groening’s sole production for Netflix; he previously created The Simpsons and Futurama for Fox Broadcasting Company. Set in a medieval fantasy kingdom of Dreamland, the show explores the exploits of Bean, a rebellious and drunkard princess. Her innocent elf companion, Elfo and her mischievous “personal demon” Luci. Disenchantment fans are pretty curious to know what future has in its store for their favourite show after its two seasons. Here are all the details we have amassed up till now: 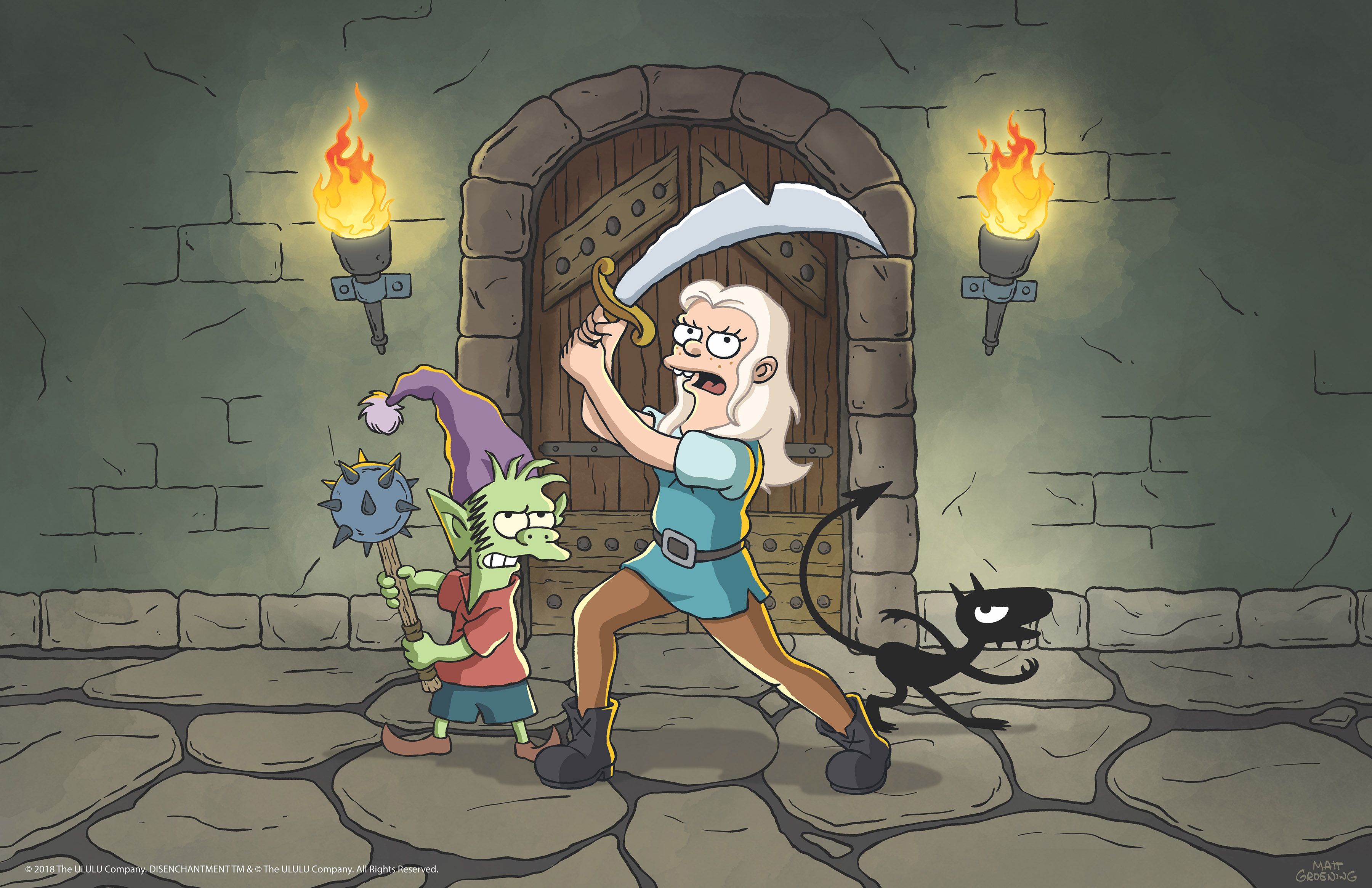 Excellent piece of news for Disenchantment fans! Netflix has revived the show for its third season. In October 2018. The show was renewed for a 20-episodes second season that is most likely to be released between 2020 and 2021. However, the ongoing pandemic has made things uncertain, and it will not be a big surprise if season three release postpones.

Disenchantment season 3 cast: Who will be in it?

Season one and two delivered some beautiful voices of talented actors like Abbi Jacobson, Eric Andre, Nat Faxon, John DiMaggio, and others. Of course, these voices will be emphasized with their respective characters. They include Abbi Jacobson as Princess Bean, Eric Andre as Luci, Nat Faxon as Elfo, John DiMaggio as King Zog. Bean’s father and the king of Dreamland, Tress MacNeille as Queen Oona, King Zog’s second and Bean’s stepmother, Matt Berry as Prince Merkimer, David Herman. Maurice LaMarche as Oval, prime minister of Dreamland, Lucy Montgomery as Bunty and Billy West as Sorcery.

With season two left on a major cliffhanger, we all expect some big questions to be answered in season three. Season two observed that Bean was falsely accused of witchcraft and an attempt to murder King Zog, her father. Season 3 will focus on how Bean proves herself innocent, foils the Seekers and rescues her severely injured father from their captivity.