Pop Culture Times
Gaming Curse Of The Sea Rats Release Date And What About Gameplay?

Curse Of The Sea Rats Release Date And What About Gameplay? A new game has been announced in the Metroidvania genre and is bringing up a huge buzz online. The game Curse of the sea rats under production by Petoons Studio has gotten a lot of people interested in a new genre named Ratoidvania. Let us look up all the available information on the game.

What is the plot of the game?

The game is an explorer-type set on the coast of Ireland in 1777. The main characters are a group of heroes who were transformed into rats. The witch who cast this Curse has kidnapped the admiral’s son.

The rat turned heroes have to berserk through the island to save the child and break free of their Curse. The game has four playable characters, namely David Douglas, Bussa, Buffalo Calf, and Akane Yamakawa. Players have to choose either of the 4 to work through each of the 11 scenarios in the game.

Is there a trailer to the game? 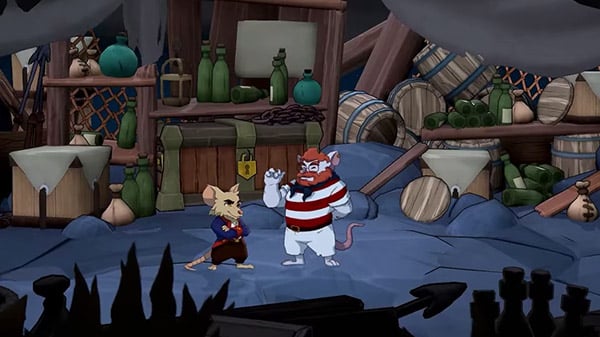 The game has a gameplay trailer that was launched during its pre-alpha phase. The two-minute TrailerTrailer presents the 2-D fights in the game with an added 3-D environment. This is common in the Metroidvania genre, but the CEO of Petoons promised to give more during the game’s release.

Petoons Studio is very much excited to launch this upcoming project named Curse of the sea Rats. The game has combined 2-D and 3-D graphics, and this blend will attract gamers. The TrailerTrailer has been released, and it shows off brilliant artwork, and The game is set to release sometime in April 2021 based on the latest information from the developers.

How is the gameplay?

The 2-minute TrailerTrailer of the game revealed a hint on the gameplay of the game. Being the first rat based Metroidvania, the game has got a lot of hype from fans of the genre. We can expect the game to be released for PS 4, Nintendo Switch, Xbox One, and PC.

As we have seen in the Trailer, the gameplay is like the old 90’s games. In the game, you will have a two-directional movement. You can choose a character from four available styles, and then you can go for adventures.

Yes, Trailer of the game is out, and after watching Trailer, you can see that a ship went in the sea where all the ship members turned into rats. These rats will turn into legendary heroes.