Have you caught up on Derry Girls yet?

Well, if not, then go-ahead watch this brilliant show. Which has two seasons until now before the release of the third season. For further details on the third season of Derry Girls, read ahead! 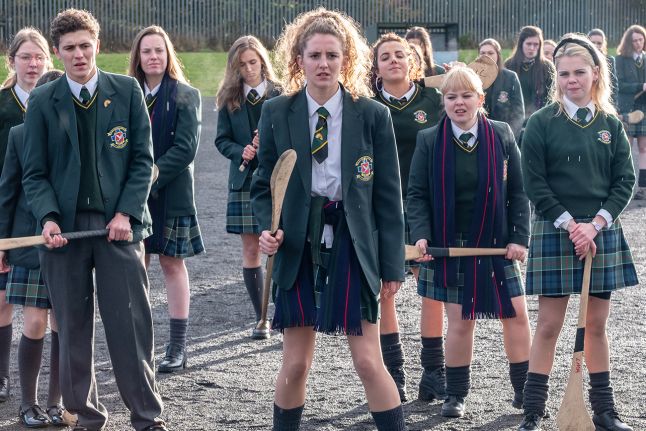 The series is officially renewed for a third season. However, an official date has not been given out as of yet.

The filming of the series’ third part was about to start in May 2020. But with the ongoing global pandemic. It is not a possible scenario anytime soon. Therefore, we can expect the production to be postponed indefinitely as of now.

McGee, while having a conversation with RadioTimes.com, mentions how the third season is going to be set in a better period, and the hometown is going to march for peace and the Good Friday Agreement of 1998.

As of now, we do not have the curtains up on what the storyline is going to be but do have McGee’s statement that briefs us that it is going to be political.

A statement from April 2019 by her, “We’ll continue from ’95, so obviously, it was very different for us then, for one thing, all these splinter organizations came out of nowhere, which was quite strange, and then people were just getting used to peacetime.”

“They had more to lose, I think, and we didn’t want it to go wrong because it was something we all wanted. It was something everyone was afraid to dream of, and then it was happening, so it’s scarier in a way, the idea of losing that.”

We are going to see Saoirse-Monica Jackson as Erin Quinn, Louisa Harland as Orla McCool, Nicola Coughlan as Clare Devlin.

Along with them, we also have Jamie-Lee O’Donnell as Michelle Mallon, Dylan Llewellyn as James Maguire, Tara Lynne O’Neill as Ma/Mary, Kathy Kiera Clarke as Aunt Sarah, Siobhan McSweeney as Sister Michael and several others.