You Season 3 Release Date, Who is in the Cast? Plot, Trailer and Is It Cancelled?

One of the most gripping thrillers that have become undeniably famous over the past year is the psychological web series, You. The show has become extremely popular for its blatant portrayal of extraordinarily toxic and stalker-ish romance. The first season garnered 43 million views after the first season aired on Netflix.

You is based on Caroline Kepnes’ two novels, ‘You’ and ‘Hidden Bodies.’ Greg Berlanti and Sera Gamble develop the show. The show premiered on Lifetime in 2018 and was then streamed by Netflix in the same year. It was later shifted as a Netflix Original wherein the second season aired in December 2019. The show has been renewed for a third season.

You Season 3: Release Date and Cast 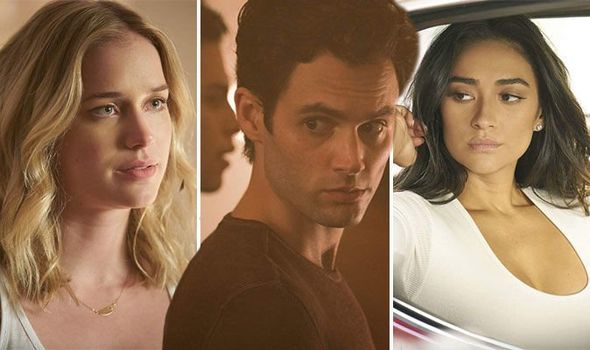 The third season will consist of ten episodes and might release in 2021. However, nothing is confirmed yet as the Corona pandemic has brought an indefinite halt in all productions world-wide. It seems that You, too, will be met with delay and might not release before the end of 2021. All we can do is wait for some announcement from the showrunners or Netflix itself.

The protagonist played by Penn Badgley, Joe Goldberg is the only lead artist to reprise his role. The first and second season had different characters, and hence, it is very much possible that the third season will have its own set of characters too. Victoria Pedretti, who plays Joe’s love interest in season two, Love Quinn, will also be reprising her role in season three. Other than this, no other cast members have been confirmed.

You Season 3: What Will the Plot Entail? Is There a Trailer?

Joe Goldberg is an obsessed lover who tracks his lovers and falls into a toxic pattern of stalking and being violent. In the first season, he falls for an aspiring writer, Guinevere Beck, and in the second season, it is Love Quinn, an aspiring chef who becomes his victim. However, things take a turn when we realize that Quinn is equally murderous and crazy.

It seems like the third season will explore the rough couple trying to stay united and get over the shocking murders by Quinn. Joe has no intention of letting his romance burst into flames and take the same turn as his past love endeavors. We hope season three comes out soon. At this point, there is no trailer. But, we can only hope for the best.