Ozark Season 3 Release date, cast, plot and Is Marty going to be fine? Star Jason Bateman confirmed via his tweet that Ozark would be back on Netflix with season 3. This season will be having ten episodes, and somewhat we all are concerned about just how dark the next chapter is going to be.

Although there is no official release date for season 3 we guess that it will release somewhere around mid-2020 as the filming was scheduled in mid-May of 2019. But we are still waiting for the official confirmation of the dates.

Jason Bateman will return as Marty, and Wendy will play Laura Linney. The couple’s kids Charlotte and Jonah will be played again by Sofia Hublitz and Skylar Gaertner.

Julia Garner will be reprising his role as Ruth Langmore, Lisa Emery is also back as Darlene Snell, and Charlie Tahan will also return as Wyatt Langmore. This means that most of the cast from season 1 & 2 is back in season 3.

As finale saw the launch of Marty’s large casino boat so we can expect most of the season to take place in that casino boat. Showrunner Chris Mundy has told THR that the new season will see Ruth Langmore trying her best to get closer to the Byrdes and that it will see Marty further descend into dusk.

“The casino is up and running, and that provides us with more opportunities, both positive and negative, some that are tempting some that are calming. That affects the family in interesting ways, and certainly the relationship that Marty has with Wendy.” Said Bateman at 2019 Emmys.

Is Marty Going to be Fine in Season 3?

In season 2, we saw that Marty Bryde was trying to escape from the cartel and flee to Australia, where he and his family can start their new lives with different identities, but this couldn’t be possible after his wife, Wendy betrayed him. 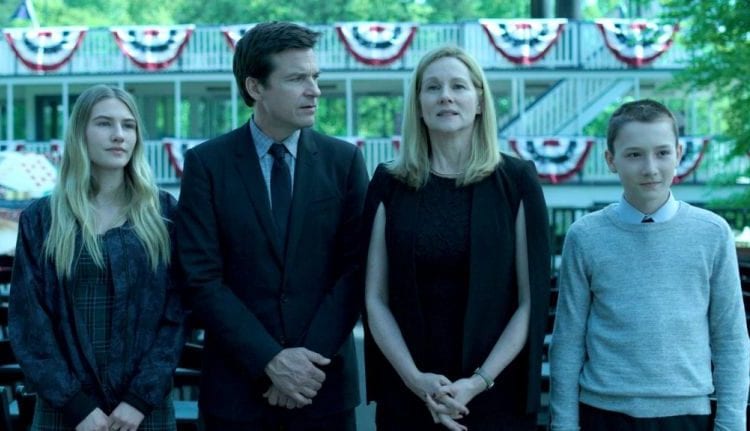 In primetime Emmy Awards, showrunner Chris Mundy hinted that things aren’t going to be well for Marty after he killed Pastor Mason Young in season two. So if we go according to his hint, then Marty might not be fine in season 3.