Dracula Season 1: Will The Show Follow The Same Plot As The Novel By Bram Stoker Who’s that creeping about in the dark, stepping out of a horror novel? That’s right, Dracula has been lifted out of Bram Stoker’s novel of the same name and made into a TV drama by the BBC.

We can’t wait to see it, but one can only wonder what the BBC drama is going to be like, coming from the house that produced the likes of Peaky Blinders and Fleabag. What we’ll also explore are the differences between the BBC-produced Dracula and the Bram Stoker classic novel.

Writers of Sherlock Holmes, Mark Gatiss, and Steven Moffat have synergized to create a new Dracula adding to the innumerous such films and TV shows based on the immortalized character of Count Dracula. The BBC intends to roll it out tomorrow, 3rd January 2020.

How Is Dracula, The BBC Drama Different From The Novel?

Dracula Can Actually Make a Joke Or Two!

From what we have heard, BBC’s adaptation has made the Dracula capable of being humorous. Jonny Campbell, the director, said that this was one of the many reasons why this project was so alluring to him.

He said: “There were a number of challenges. I mean, the first thing is you are just drawn into the humour and combination.

“I think when you’re reinventing or re-presenting this amazing classic story to an audience or contemporary audience, finding the unique spin is so important and there is a certain knowingness because we’ve all seen it, you know, in one iteration or another.

“But there’s something about this that felt fresh, it felt bold. It felt like it was paying homage to many of the fantastic directors that have come before.

”But it was a really beautifully structured, crafted story.”

Count Dracula Is Supposedly The Anti-Hero 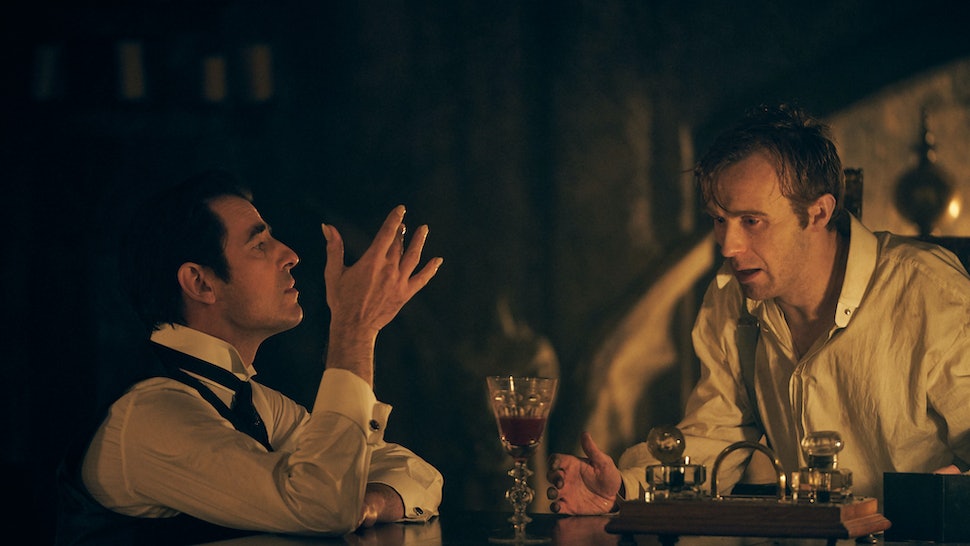 In an attempt to show a different perspective of the story, the BBC drama will follow a different style than the book. The story will follow Dracula (Claes Bang) instead of being shown from the eyes of the various characters such as Jonathan Harker and Abraham Van Helsing as is done in the classic.

At the show’s premiere, Mark Gatiss said: “The big challenge we set ourselves was to make Dracula the central character of his own story for the first time.

“If you know the book, it’s in first, third then first again and he’s obviously very shadowy and we thought what would it be like if he was the anti-hero and what you have to give him is a personality which spans four centuries and if you have if you are immortal effectively, I would hope to God you’ve got a good sense of humour.

Just a billboad with some bloody stakes in it. Until the sun goes down… #Dracula

“You don’t want him to just be a shadowy presence otherwise, I mean, that’s been done brilliantly many many times but we just wanted to do something different.”

The story begins, much like the book, in the vampire’s castle where Jonathan Harker finds himself face to face with the Count himself.

It’ll be really exciting to watch BBC’s take on the story and what they are able to create out of it! Don’t cut yourself. He can smell that a mile away.