Jennifer Aniston is now finally confirmed that she uses instagram The reason why she joined the gram

Jennifer Aniston hesitated to join Instagram, what seems like forever. She revealed that her privacy was not ‘privacy’ anymore. She said in an interview “why would I do this? People are already in my panty drawers all the time,” “And I want them out of my panty drawers. But now I can decide which Pai to show them.” 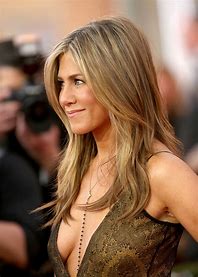 Not addicted to the gram

Jennifer Aniston mentioned that she is not addicted to social media. Instead, she joined Instagram to promote her brand new series on Apple TV+ sets.

Reunion with her F.R.I.E.N.D.S

By gaining 1 million followers in just five hours and 16 minutes, Aniston broke Guinness World Record. “I’m so proud of her – I thought it was so great.” Said her distant husband, Justin Theroux. As she was adamant that she will not join the gram.

Her relationship with Theroux

The pair split up in 2017 after two years of marriage. But they still trusted each other in the time of need. It’s a priority for Justin to keep in touch. She is not dating anyone yet, though. Just like Rachel ( her character from F.R.I.E.N.D.S) after she turned 30 in the series, a serious relationship is not what she is looking for now.

Friendship is the topmost priority for Jennifer. She is very comfortable and at peace with her friends. They all share quality time and share the bittersweet things in life. After all, what are F.R.I.E.N.D.S for.