The release of Disney +, Disney’s own video streaming platform, is set to release worldwide very soon. An official statement made in this regard on twitter Stating that Disney + is likely to inaugurate on 31st March 2020. Initially, it is to be launched in the US, UK, Germany, France, Italy, Spain. Later on, dates would be released soon for the other countries. 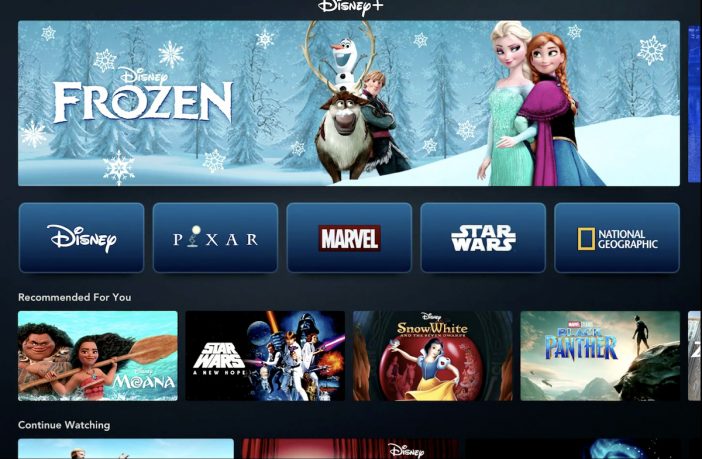 Attempts had already been formulated to incorporate original content, which ranges from Star Wars series to Marvel Studios. The collection of entertainment also entails ‘The Sword In The Stone‘, ‘Lady And The Tramp‘, etc.

Disney is all set to fire on the video streaming platform. The direct battle with other platforms, like Netflix, Amazon Prime, maybe a tough tournament to it. But, Disney is one of the oldest media organisation; it can alone be an arduous competition too.

Disney + All Set to Go

The global release of Disney + is all set to pave a long way in Video Streaming services. Senior executives of the house of the mouse had struck bonds with Amazon to launch Disney plus on the Firestick. They are also presenting the new subject on their online platform, which entails the shows and movies shot by them. Besides, one of the deals made early this year with Netflix, which came to an impasse. Now, Netflix would not be competent to showcase the content that is the property of Disney from December onwards.

The Battle of struggle

It is no doubt that the house of mouse is one of the oldest players in the digital media. Still, there are concerns to talk about Disney +’s distribution. International inception is a matter of importance and to assure its smooth working; architects have to be versed with all the stuff to deal with.

“Content quota” statutes made it necessary to shoot a particular fraction of content in Europe. It is to assure its presence there. A delay can also be expected on their part due to such exceptionally significant situations.
Therefore, to establish its timely display in the territories, the stand should be taken to avoid any intricacies.