Was Princess Leia the Last Jedi in Star Wars 9 before Fisher’s death? The universe of Star Wars is quite popular among the movie buffs, and over the years, this epic space franchise became a worldwide pop culture event. And Princess Leia is the most favorite character of many fans, and these fans were heartbroken when Carrie Fisher passed away. The industry lost a genuine icon who inspired many generations of Star War fans with her outstanding contribution to the franchise.

And after her death, the main question that was buzzing around the fan clubs of the popular franchise was that what the makers will do now with the character in the final part of the trilogy? However, the makers are forced to rework on the last plot of the movie.

Amidst all this, recently, Fisher’s brother has revealed new insights about director J.J. Abrams’ original plans for Princess Leia in the upcoming film ‘Star Wars: The Rise Of Skywalker’ as we all know that the film will be a conclusion for the latest trilogy set in the universe far, far away. Abrams has used archival footage to work around Fisher’s death, yet her absence will be very noticeable after her vital role in The Last Jedi.

In tribute to Fisher’s important role in the Star Wars legacy, the actress will receive a significant part in the next movie. So now, coming back to the point, here’s what Fisher’s brother Todd has offered into Princess Leia’s first role in The Rise Of Skywalker. Todd Fisher stated to Yahoo that she was initially going to become “the last Jedi” referred to by Episode IX. 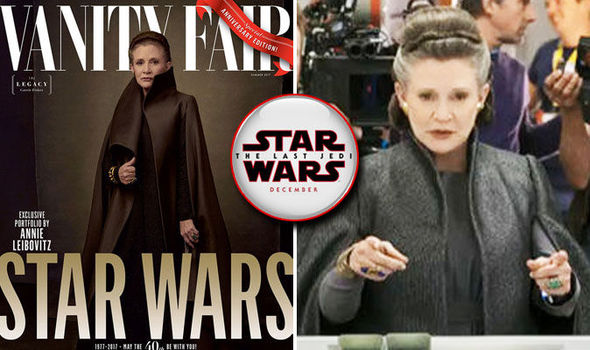 Apart from that, many fans may have finally been able to see Leia wield a lightsaber as she eventually became a true Jedi master in the final film. Earlier, Leia did briefly use the force in The Last Jedi, but now fans will have to wonder about the significant role she would have played in The Rise of Skywalker.

Talking about it, Todd Fisher, in interaction with Yahoo, also explained how Abrams used eight minutes of footage to reverse engineer Leia’s final appearances in the new Star Wars trilogy. Fans may never get to see the beloved princess-turned-general take up a lightsaber, but Todd Fisher believes his sister does receive a fitting tribute in the movie nonetheless. Meanwhile, the film ‘The Rise of Skywalker’ is slated to release on December 20.

Stay tuned to this space for more such articles.