It is a web series, i.e. American dark comedy web series. It is created by kit Williamson.the first show was premiered in 2012 on December 14 on YouTube. This series achieved a great path to success. It was nominated for many awards, and it also won some awards.Later it was sold to Netflix; there too worked fantastically. 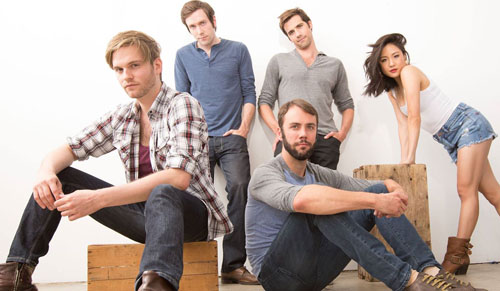 Till now, three series have come, which were on trending whenever they were released. Now people are waiting for the fourth series, which is likely to go on December 1st, 2019. The campaign itself, while writing, had reached a considerable amount .T Hoping that this series will also achieve a great path of success.

Is eastsiders coming on Netflix?

As earlier series, this series is also independently funded.This series is also not dependent on any of the brands or other things to support it. So if the funding is completed, then only they will launch the fourth series. Eastsiders is not an original program of Netflix.

The thing is that Netflix has helped in gathering a large number of people to see the series. According to the sources, in a talk with the shows creator kit Williamson, he was asked whether season 4 would be coming to Netflix or not? We got replied by Kit Williamson as “ We can’t announce distribution just yet, but we can say our backers will be the first to see it! “.

This was asked him back in September 2018. But according to the news we had got recently, the release date of season 4  is likely to be December 1st, 2019.We also got to know that This season would be the final season of the eastsiders or LGBT drama. After this season, we will be missing our LGBT drama.

Let’s wait for this season. I am hoping that this season would also be the blockbuster like the other three.