If you are a fan of Gigi Hadid, this news is going to upset you. Gigi Hadid, who has a ton of fans, is criticized for her style of dress. The critics are a bunch of her supporters. But Gigi seems to have answered to then in a classy way. But this doesn’t give a good feeling for her fans. The criticisms have pissed off her.

The Outfit
On Tuesday, she looked relaxed on her outfits. She wore sneakers, leggings, and a puffer coat. She was not attending any function. She was just into a quick errand. Some of her fans, who didn’t like her original style, started to criticize it in her Twitter account. 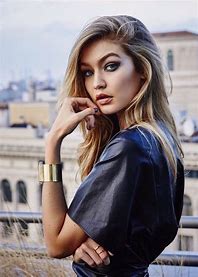 The criticisms
A tweet that had been deleted now stated that she has a natural beauty and didn’t know what had happened to her iconic style.

Another tweet criticized her stylist Mimi Cuttrell with whom Gigi has been working since 2016.

These tweet has pissed Gigi, and she wasn’t hesitant to clap back towards her fans.

Gigi’s reply
She asked her critics who are also her fans to calm down. Because she had just stepped out for an errand. This means that she had her style and thought to carry herself and not for the acceptance by her fans. Adding to the reply, which stated that the unrealistic expectations of her style by the fans would not make to dress differently.

Never mind about the clothes

She also said that her reply was not only for that specific comment. It was in general for all those who criticize her. Everyone talks about women’s empowerment. She supports women who show their skin as well as who don’t. Along with the support, she still supports them.

Would feel sexier though fully covered